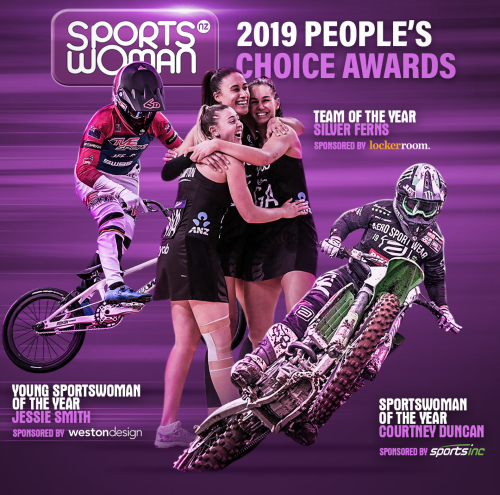 New Zealand's elite female athletes achieve remarkable results on the world stage each year. Unfortunately many of these achievements don't often receive the recognition they deserve across mainstream media.

Sports Inc.'s solution was to create the inaugural SportsWomanNZ People's Choice Awards. The 'awards' were hosted on both a SportsWomanNZ Facebook page and Instagram page. The public were able to vote in three categories; Young SportsWoman, Team and SportsWoman of the Year.

The three week promotion had a total reach of 149,000 on Facebook and 45,000 on Instagram. For the record the 2019 victors were World Junior BMX Champion Jessie Smith (Young SportsWoman), the World Netball Champion Silver Ferns (Team of the Year) while Courtney Duncan was victorious in the Sportswoman category thanks to her victory in the World Moto-Cross Championships.