Up for the Challenge

The Ranfurly Shield is the symbol of New Zealand rugby supremacy and the Bay of Plenty team had not held the coveted trophy in its 93 year history, despite 18 previous challenges for the 'Log-O-Wood'.

But this all changed on August 15, 2004 when 22 rugby players and thousands of fans made their way up from the Bay of Plenty to challenge the powerful Auckland team on the hallowed turf of Eden Park. Bay of Plenty caused one of the great upsets of Shield rugby winning the match 33-28 and creating scenes of delight and euphoria amongst players and loyal supporters!

Up for the Challenge was there to capture history as it unfolded including exclusive pre-match interviews with the players, former players and fans; reactions of the supporters during the famous game; and all the post game revelry including emotional scenes from the team's changing room as well as the team's triumphant return to the Bay of Plenty.

Up for the Challenge was proud to have captured a new chapter in the history of the famous 'Log-O-Wood'. 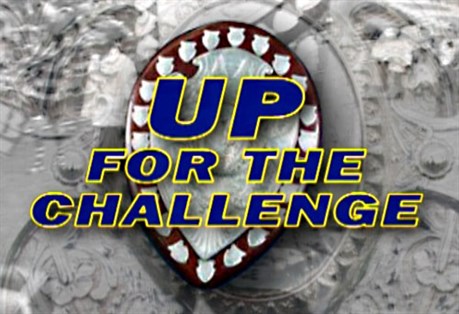