In 2012 the NZPGA Championship returned to the visually stunning Hills Course in Queenstown, New Zealand.

Sports Inc is the NZPGA's television production partner. Our services include pre tournament build up programming, a VNR service for New Zealand and international networks and online news organisations, and a one-hour post produced highlights package delivered in HD to networks in Asia, USA, Australia and New Zealand. In addition the highlight's package screens as in-flight entertainment. 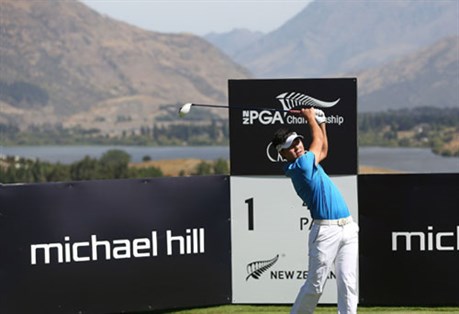 In 2012 we started an ambitious golfing event - the NZPGA Championship. An integral part of the event delivery was the production of a commercial 1-hour TV documentary, which Sports Inc were asked to produce. The result was something quite special - a blend of travel documentary par-excellence, as well as a bona fide quality golf show. Our ambition has been matched by Sports Inc's professionalism, and we are just delighted with the work they have completed for us. They are far more than a TV production company - rather, we see Sports Inc as a true partner of our event. Their 'can-do' attitude is truly appreciated.