Human Potential was a six episode documentary series produced in 2006 for primetime viewing on TVNZ. The series explored the capabilities of the human body using state-of-the-art 3D animations and interviews with some of the world's leading scientists and athletes. The extraordinary series investigated what people can do to optimise their own physical and mental potential and provided information on how parents could aid the development of their children.

Under the themes of "Speed", "Endurance", "Strength", "Agility", "Aquatics" and "The Human Mind" we saw what is being done to improve human performance and concluded with some exploration of the upper limits of human potential under each theme.

Human Potential was filmed in Australia, Europe, the Middle East, United Kingdom and New Zealand and featured breakthrough research being undertaken in institutions such as the Australian Institute of Sport and “Aspire”, the US$3 billion performance institute in Qatar. 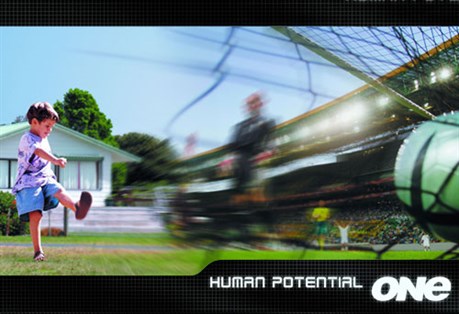