Laura McGoldrick, Mark Leishman and the Holden Golf World team return with another great series of golfing adventures. Local and overseas destinations and tournaments, golf tuition tips and interviews with the stars of the game all feature in this year's series.

In addition to the 30 episode series continuing to screen with long term broadcast partner TV3 on Thursday evenings, Holden Golf World can also be seen on two new platforms in 2017. The show will be online on nzherald.co.nz/golf from midday Thursdays, while Maori Television will screen Holden Golf World at 4.30pm on Saturday afternoons.

For the first time in 15 years Holden Golf World will not be seen on SKY Sport. With the network adopting a new policy of 'exclusive content' the Holden Golf World team weren't prepared to deny free-to-air viewers and our loyal sponsor partners access to New Zealand's longest running sports series.

"In today's media landscape it is imperative that producers retain ownership of the content they produce. Holden Golf World travels throughout New Zealand and internationally providing golf fans with a diverse range of stories. We look forward to continuing to share these stories with all of New Zealand's golf enthusiasts."

It promises to be another exciting year and Holden Golf World looks forward to bringing viewers all the best content from the golfing world. 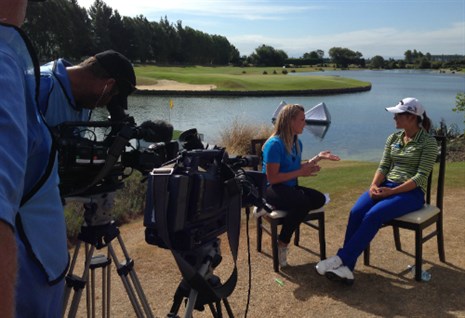